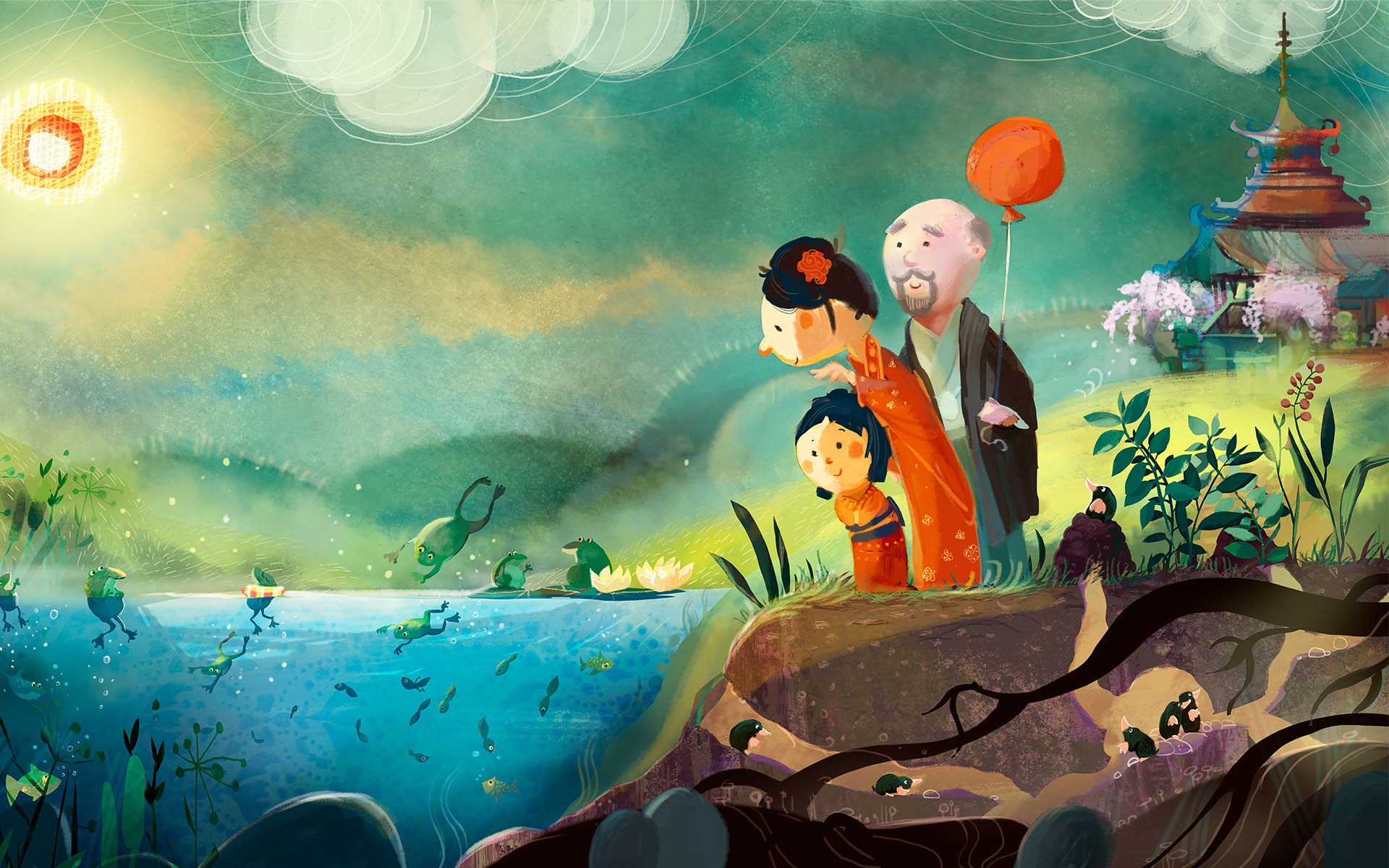 “Fairy Tales of the World”: our series of books is growing…

The third volume of our picture book series “Fairy Tales of the World” is now finished and ready to go!

Following on from the story from China, we lingered a little longer in the Far East and travelled to Japan.

The Land of the Rising Sun harbours a rich treasure trove of fairy tales that have been passed down orally from generation to generation over the centuries. It was not until the beginning of the 20th century that Yanagita Kunio (1875-1962), Japan’s first folklorist, collected and wrote down numerous fairy tales from across the country. Our fairy tale “The Sun Knows Everything”, published as an educational adaptation of the fairy tale for children, comes from his collection of Japanese folk tales.

The self-important moles are unhappy because the light from the sun dazzles them. They pretentiously start a war against the sun in order to stop it from shining and draw up a plan… One of them would have to shoot the sun!  But the moles forgot to take the frogs into account. These frogs recognise the great danger to themselves, their children and all life on earth. Will they manage to warn the sun in time? 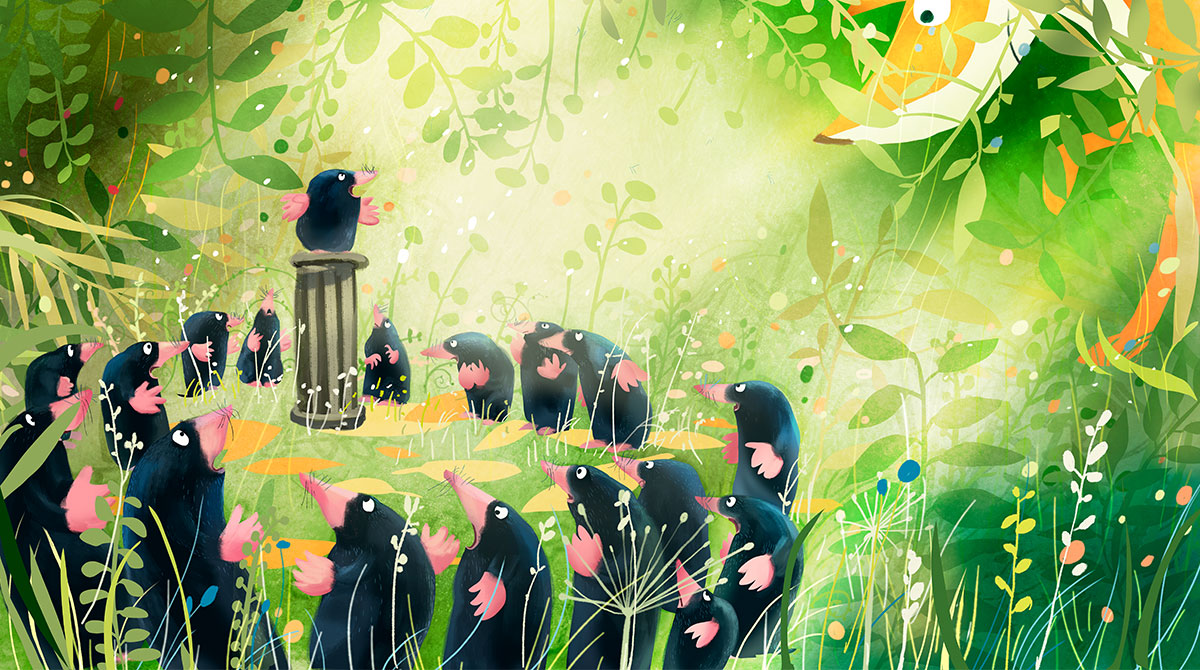 Berlin-based illustrator Anne Hofmann has brought this delightful fairy tale to life for us with her radiant illustrations.

The fairy tale picture book can now be obtained free of charge from the SARIAS Foundation. If you are interested, just send a short email to info@sarias-stiftung.org and we will send you a copy by post. If you are interested in getting hold of several copies, for example for a school class, please contact us and we will be happy to arrange an appointment for you to collect them.